What beliefs are holding you back from your best self?

This week I am out in Hollywood at the Loews Hollywood hotel. I've been in a conference all week, and it's been fantastic! A lot of good ideas flowing in my head, and one of the things I want to share with this Powerful Beyond Measure blog today is some thoughts about global patterns of thinking that block us from being the best versions of ourselves.

I'm very interested in getting some dialogue and feedback going in the blog on this topic. So, whatever comes to your mind after you read the content or listen to the content in the video, put some comments down in the comment box below, and let's get a little dialogue going! I want to know what is the global thought pattern that maybe you've been believing and don't even know that it's holding you back. Let me go through a few categories and a couple ideas of things that I've been thinking about.

In terms of education, there's a global thought pattern of "I need to have a degree or some kind certification in order to be a legitimate practitioner of whatever it is." Now, there are some laws in certain areas where you have to do things to be a lawyer, doctor, engineering, etc., but there's a lot of other professions out there that you can do without having any college degree, an education or any kind of certificate or title behind your name.

Next, there's a global thought pattern about the best careers. For example, I received an interesting Facebook post from a teacher in Singapore. Many have heard about how intense the Singapore education system is, and this teacher was basically encouraging the parents to not be so hard on their kids and push them into the "respected" positions of engineers, doctors, and lawyers because there's plenty of kids out there that are here to be an artist, a musician, or whatever it is that they're to be. Don't push kids into stuff that's not in alignment with what they're here for and what they're up to. Let their true gifts come out and then support them in that. 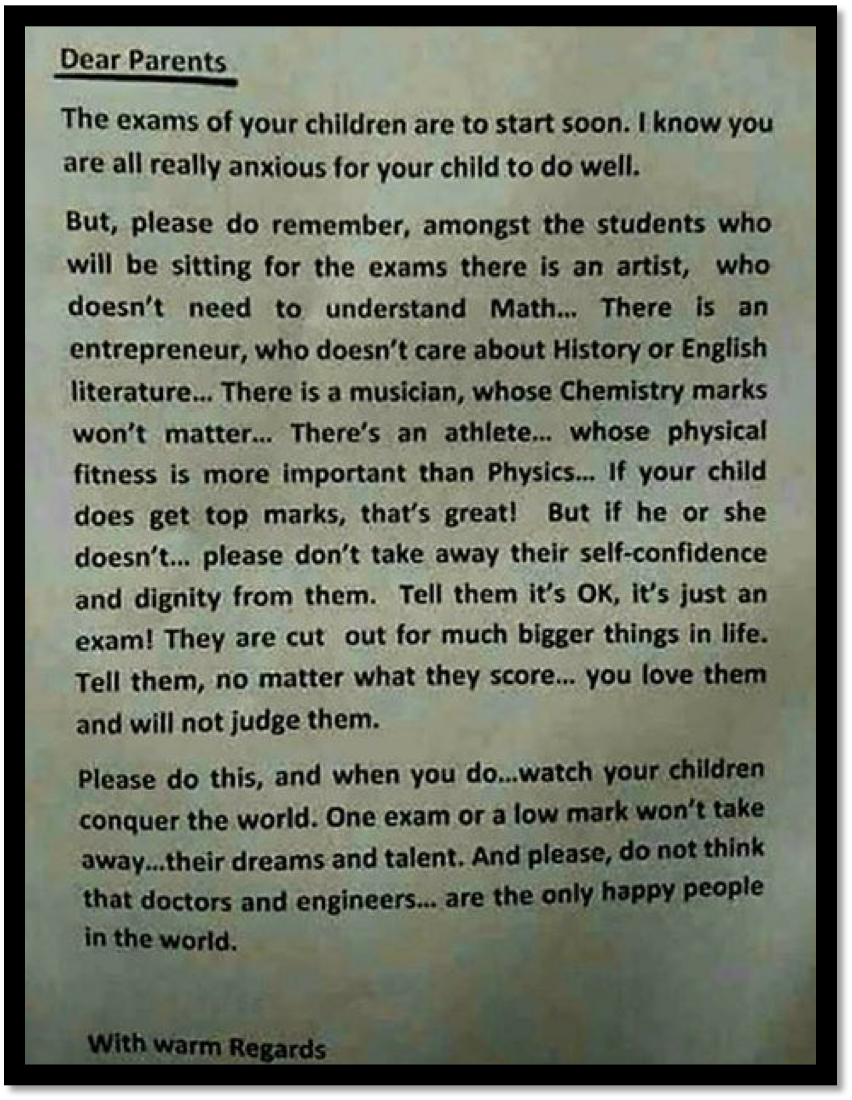 Another global thought pattern is "success in life requires going to school, getting good grades, and getting a good job", and that's what people think success is. What if we had a thought pattern of "put yourself in a learning environment, learn how to learn, get in touch with what you're here to do on this planet in this lifetime and then go do that and expand into the future in whatever it is that you're here to do." Isn't that more powerful?

The next one is "you need to know the right people to be successful." I don't even need to say more about that, but that's a global thought pattern I think blocks a lot of people.

In the same vein, "you need to come from the right family to succeed", whatever. If you want to believe that, okay, but I don't believe that.

In regards work, "I need to climb up the hierarchical ladder to be successful", or "I need a lot of money to start a business", or "I can't ask for a lot of money for serving others with my gift." That's a really bad thought, of course you can. "I have to work hard to make money." I think there are ways to work smart in this world and make money and support yourself just fine.

"Selling is hard", or "selling is tricking people." Selling is not any of that stuff. Selling is about enrolling people in what you're up to. Enrolling is an art form and actually that's some of the training I was doing here this week; i.e. being excited and enrolling people in what you have to offer them in order to help them achieve their goals. If what you have to offer does not help your prospect reach their goals, then there is no enrollment; i.e. it is not a win-win. That's really what selling is about.

Another thought pattern is "men and woman can't do this or that", i.e. gender-based belief systems about what's possible for either men or women.

Then, when it gets around to age, "I'm too old to be taken seriously" or "I'm too young to be taken seriously." Just be yourself and BE taken seriously. Another age-related belief pattern I've heard from a lot of people is, "You know, my ship has sailed and I missed it, and there's no more opportunity in life." That's complete craziness. If that's a belief you're living behind, get on your ship and get going because it's waiting for you.

Next one is "I'm limited by my physical abilities." There's plenty of great stories in the world of people who've had physical disabilities and done just fine and succeeded. We will bring some of stories here in future posts.

Then, of course last but not least, there's THE MAN. "The government is taking all my money." Just make more money. "I can't get a loan because I don't have good credit." You just need to be creative. There's plenty of money out in the world if you have a good idea. So, just go for it. Finally, "the system is against me." If you want to believe that, okay, but I really think that is a very limiting thought pattern that we should all just throw out the window.

Again, looking for a interaction on this topic. What do you think? What are some global thought patterns that you think are complete craziness that need to be thrown out so we can all move on and be POWERFUL BEYOND MEASURE. Let me know, put a comment down below today.