Connect and BE Present NOW!

Let's review where we've been and talk about the next step of where we're going with the Manifestation Model. 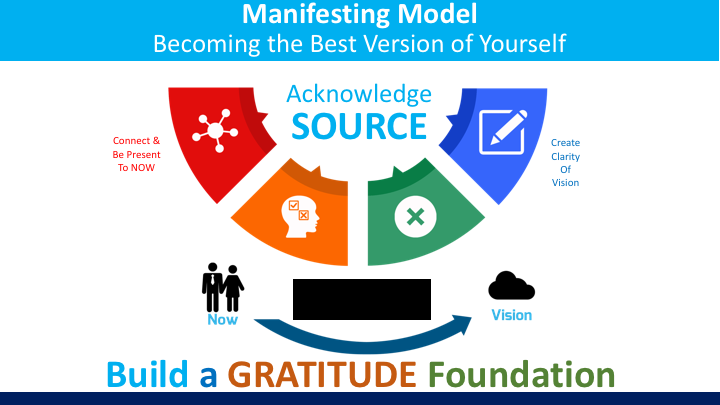 If you remember from our Manifestation Model, we said we have a vision we want to create in life. Then we need to look at where we're at now, look at what that gap is, and figure out how to fill that gap.

There are seven steps to the Manifestation Model. Step one is Build a Gratitude Foundation. It is important to be grateful for where you're at right now before moving forward. The second step is to Acknowledge Source, your higher power, so that you can draw on that higher power as you move forward. Then there are five other steps to the model.

We spent a number of weeks on Creating Clarity of Vision, and we're ready to move on to the next step in the model, step number four, which is Connect and Be Present to the Now.

Connect and BE Present to NOW! 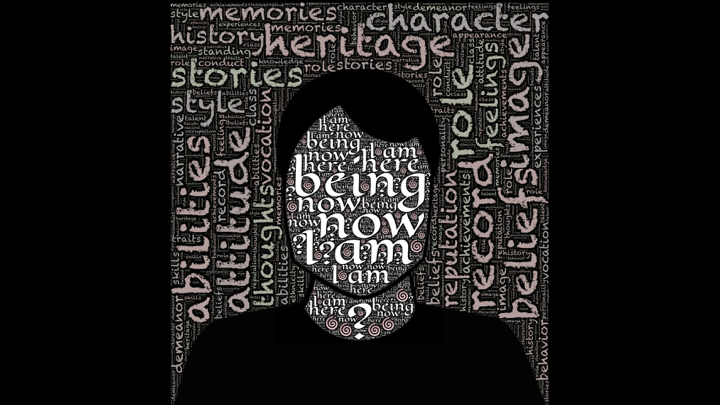 What do I mean by that?

When you're distracted from being in the now, you miss the voice in the now. Sometimes this voice is called intuition, but really it's your higher power speaking to you.

Here's an example to illustrate -  in 1999, I was down in Baja Mexico on my boat and I was headed out to the islands outside of La Paz when I heard a voice in my head say, "You better stop and get some gas." But, I was excited to get out to the islands, and I didn't want to take time to stop and get fuel. Then, I was sailing out to the islands and it was time to come into the anchorage and drop the sails, and I ran out of gas. So, I had to sail into the anchorage and spent a bunch of time trying to get my engines working again because, if you know anything about diesel engines, once you run out of gas in a diesel engine, you have to get fuel back in all of the lines for the engine to start up again. It's a real pain.

I was able to get one of my two engines working again, got some fuel from a local boater, and went back to La Paz with one operable engine. I couldn't really control my boat well in the high winds that were blowing me into the dock, and it was a good thing I had my extra large fenders out because I smashed into that dock hard and the forward fender exploded!

The lesson was when you hear a voice telling you to do something in the present, that's your higher power guidance. So, listen to that guidance because if you don't, you will have to deal with consequences.

Sources for Learning More on Being Present 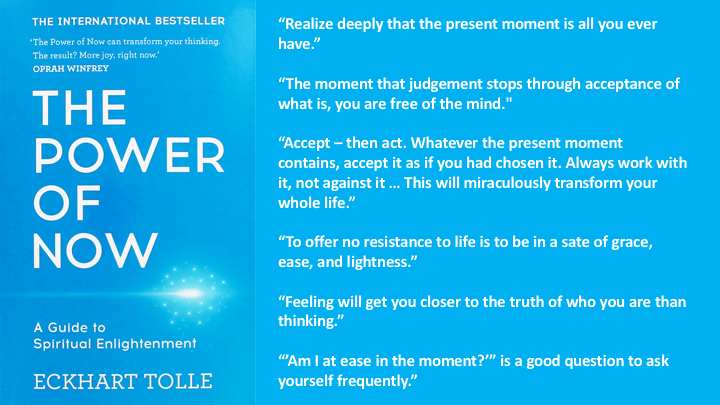 I also like the last quote above - "'Am I at ease in the moment?' Is a good question to ask yourself frequently." If you're not at ease in the moment, it probably means you're worried about something that's gonna happen in the future, or you're dwelling on some past hurts.

Some of things we're going to do going forward and working through in the Manifestation Model are clearing out past hurts and managing future anxieties so that you can be effective in the now.

There are many of sources of information around meditation for being in the now. I saw something recently where it said, "Every really successful entrepreneur, business person, leader, is practicing some form of meditation." And it makes sense right? Because, through meditation you're able to connect with your higher power, get the guidance that you need to take the most optimal actions in your life.

Beyond meditation though, the practice of contemplation is a continuous connection to your higher power every waking moment. If you feel like you've mastered meditation, then consider this year taking on contemplation. A good source for learning more about contemplation is The Center for Action and Contemplation, which was started by Richard Rohr out in Albuquerque New Mexico. Also, Richard Rohr's daily meditations I have found very helpful. 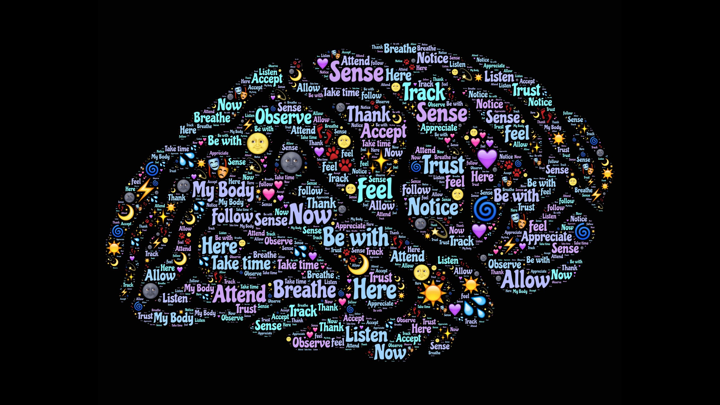 I'm gonna leave you this week with an exercise, and the exercise is to turn off the stories in your head and focus on your five senses for 10 minutes. If you can do this every day - great! It's just a simple way to get you in touch with the now. The idea here is to focus on what do you see, what do you really see around you? What do you really hear? What do you feel on your skin, on your face, in our hair? What do you smell in your environment? And are there things that you can taste? Those are your five senses, right?

Take a moment to look around you and notice all of the things that you didn't notice before because you weren't present in the now. You were thinking about what you need to do, or you're agonizing over what somebody said to you yesterday. Put all that aside and just focus on what's here and now. What you're going to find when you focus on the here and now is that you're going to get in touch with your deeper self and your higher power. Try this exercise out and send me some comments if you do this exercise on how it went for you.

If you feel like what I'm sharing here could benefit others, please pass it on to them. Still looking to grow the list here and get to more people. Looking for you to be the ambassadors that take it out there for me.

I'll talk to you next week, have a good one.